Individuals of Latinx Heritage Cannot Be Put in a Box

As a senior woman of Mexican heritage, born in Lorain, Ohio, with a 40-year career in higher education and leadership and DEI consulting, I continue to unpack my personal and professional identity and what it means to me and communicates to others. There is an adage that states that one is a little like others, somewhat like others, and also a unique being. Although categorizations based on presumed shared identities may seem like a shortcut to “know” someone, these can also lead to mistaken assumptions. These leads me to write about in this month’s blog about the need to avoid putting individuals of Latinx heritage in one box.

In mid-September, Hispanic/Latinx Heritage month officially kicks off, inviting special speakers, events, and award ceremonies for Latinx individuals who are making a difference in society and the workplace. There is much to write about specific to the increasingly diverse Latinx population in the US. Intersecting identities are the norm, not one singular identity concept of Latinx heritage can be applied. Latinx-heritage individuals may also be LGBTQ+, an individual with an invisible disability, Puerto Rican from Orlando versus New Jersey, an Ivy League graduate, Jewish, and single woman professional without children.  The diversity among the label “Latinx” is expansive. Consider the following from recent Census reports and the implications for your higher education institution and workforce:

Increasing representation of Latinx -heritage individuals in your employee and leadership ranks requires knowledge about the whole person, not just an ascribed category based on presumed ethic heritage. The percentage of Latinx immigrants continues to decrease, meaning that more individuals are born in the U.S. and may be monolingual English speakers. Employers and university administrators are encouraged to know about the history of Latinx communities in their cities and state and apply that knowledge as they plan for the future of their organizations. The map below can be a tool to consider. 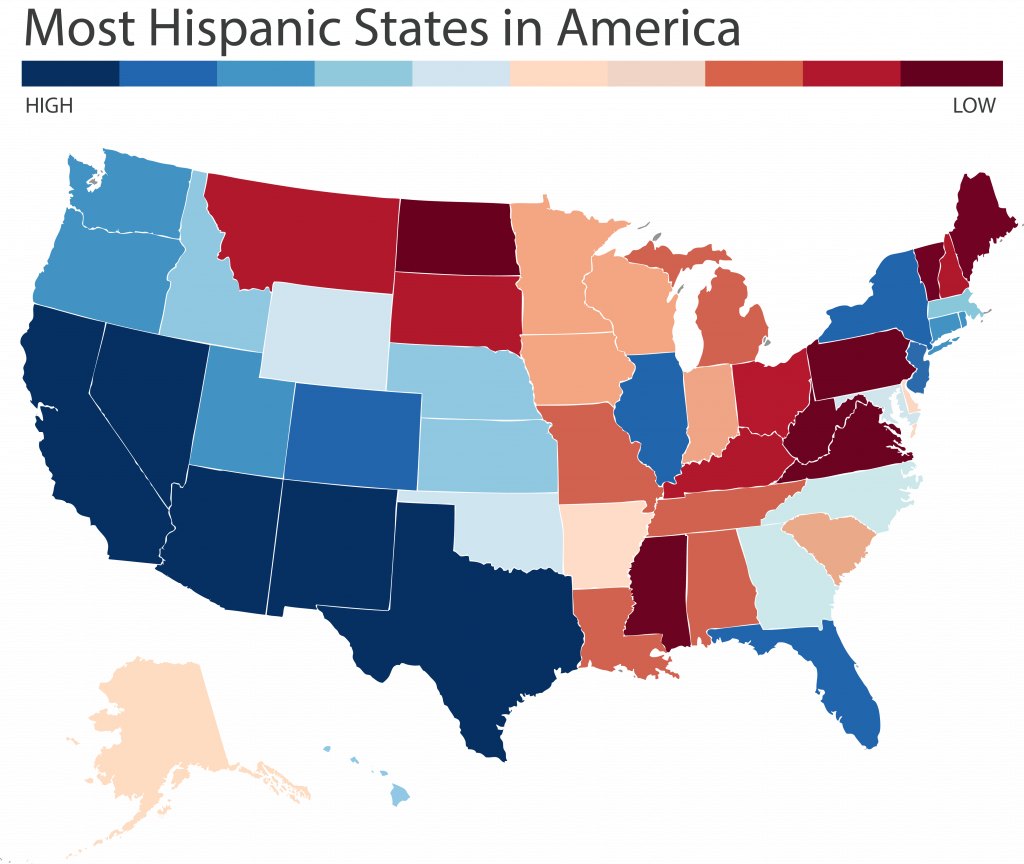 In June 2020, the Supreme Court ruled civil rights law protects gay, lesbian, and transgender employees. The ruling bans employment discrimination based on sexual orientation and gender identity (CNN, 2020). This ruling was cause for celebration, yet, like previous federal civil rights rulings on behalf of marginalized populations, the workplace climate does not necessarily improve for all employees. 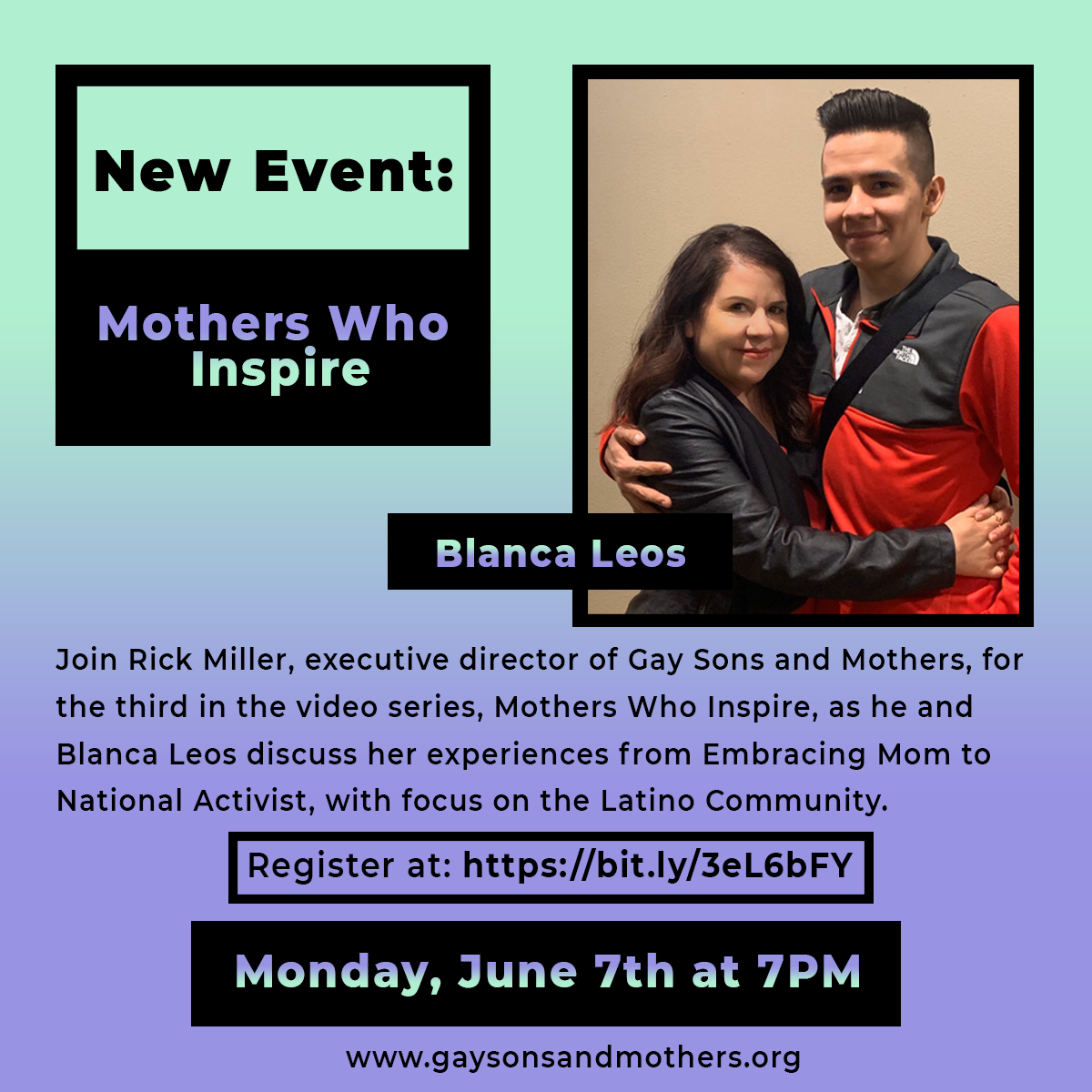 On March 16th, 6 women of Asian descent were murdered at their place of employment in Atlanta. These heinous crimes cannot go unnoticed. It has been reported that in 2020, anti-Asian racism and violence has soared with nearly 4000 incidents reported and continuing (Fang, March 16, 2021). Asian Americans and Pacific Islanders (AAPI) were publicly blamed for the COVID-19 virus by the president of the United States with derogatory references to the Chinese virus. According to Human Rights Watch (2021), attacks on Asians increased during the COVID quarantine period. The visibility of individuals of Asian heritage makes them defenseless targets for random violence. Ms. Fang reports that in 2021, 503 incidents have been reported with violent assaults that led to the deaths of seven elderly individuals. The anti-Asian racism and violence must stop.

The anti-racism movement is gaining momentum in schools, universities, and all types of work settings. Institutional leaders are declaring that their missions are not only about diversity, equity, and inclusion, but about intentional plans for anti-racism. It took the murders of George Floyd, Breonna Taylor and Ahmaud Arbery to shake the national roots of racism in the United States into a new era of racial reckoning. These incidents coupled with reports of healthcare inequities during the COVID era particularly in Latinx, American Indian and Black communities, and the anti-Asian violence, require systemic, organizational responses.

What does the anti-racism movement entail? According to Ibram X. Kendi, director of Boston University’s Center for Anti-racist Research, it means addressing systems and policies that marginalize particular segments of society. Policy changes are required in hospitals, universities, governmental agencies, and all work settings to truly be fair, equitable, and inclusive. He states that often people are blamed as the problem when it comes to racism, but he contends that it is policies that inform practices — these need to change.

After the domestic terrorist events of January 6th, 2021, now more than ever, workplace initiatives to advance workplace diversity, equity, inclusion, and anti-racist practices should be fortified. We urge organization leaders to revisit their diversity mission statements to ensure that they are being enacted. Invest in creating cultures of inclusion, a sense of community, and success for all employees that will be sustained over time.  Intentional strategies to create safe, respectful, and inclusive workspaces must continue.

When we were in graduate school in the late 70’s and early 80s, there were three taboo topics that were never addressed in our Counseling and Psychology training programs. These were religion, sexual orientation, and race. Invariably, we had clients in psychotherapy who were of a visible racial identity, i.e., Asian, Black, and White. Intake forms rarely inquired about religion or sexual orientation signaling an invisibility of these social identities. Though some 40 years have passed, we know that conversations about race and racism in most settings are a challenge, however, it has become apparent that stories about racism are news headlines throughout the country. That is, we are all bearing witness to these reports about racial discrimination, law enforcement being called on a Black man suspected of some infraction, and the senseless assaults and murders of Black citizens. Though we may not be in Louisville, Minneapolis, or Chicago, racial discord and racism affect all of us. It is obvious that the country has entered a new period of racial reckoning that has spawned increased levels of dialogue.

There are two physical settings where individuals of differing and similar social identities are most likely to come together– classrooms and the workplace. We know that talking about racism at work requires courage and commitment to not have it be a one-time, often contentious, conversation, so we suggest a couple of approaches.

There are not enough words to describe the sentiments of sadness, outrage, despair, frustration, and anger felt by millions of people around the world in response to the recent murders of four African Americans—George Floyd, Breeona Taylor, Ahmaud Marquez Arbery, and Tony McDade. The deliberate racist nature of these killings has laid bare a greater virus in the U.S. than COVID-19. We are not in a post-racial period as had been spouted following the election of President Barack Obama. In spite of his accomplishment in winning the presidency, he was insulted during his first State of the Union address and was subjected to subtle and not-so subtle racist jabs throughout his two terms. This pattern of disrespect, disregard, and discrimination toward Black and African American people is historic and constant—and it has to end.

AAG continues to address concerns of individuals, employers, and organizations in the continuing and unpredictable COVID-19 era.  For essential workers, those working from home, and others being called back to their worksite, questions loom about how we are staying healthy—physically, emotionally, psychologically, socially, and spiritually. When it comes to health, the conversations primarily are about physical health—how to recognize COVID symptoms, self-protective measures including face masks, social distancing, wearing gloves at the grocery store, and washing groceries. Recent articles, however, are also discussing mental health and behaviors that may signal a decrease in emotional balance and mental wellness.

By Patricia Arredondo and Kayla Byrd

In a society that touts meritocracy, many Americans have come to believe that going to work every day, perhaps even working 2-3 jobs to meet basic family needs and covering healthcare insurance, would allow them to experience self-sufficiency and autonomy. The emergence of the Coronavirus outbreak, an uncontrollable variable, is undeniably calling attention to not only income but also health, and questionably impacting levels of life satisfaction among all walks of life across a range of professional settings. Heads of households have been furloughed, college students cannot continue their work study assignments or part-time jobs, and more than 6.6 million are filing for unemployment. This is not the career and work scenario most of us ever imagined. In mid-April alone, according to the Department of Labor, 22 million are now unemployed.

The surge of collective loss being experienced at one time is producing more urgency for recognizing psychological needs that are met through having employment—our work identity. Erik Erikson, a developmental psychologist, known for his theory of identity across the lifespan described two of his stages as Intimacy vs Isolation (ages 21-39) and Generativity vs Stagnation (ages 40-65). These are exactly the ages when people expect to be applying their skills and education in meaningful ways. Interviews on social media sites underscore the sense of loss, confusion, frustration, and questioning about the meaning of work and work identity that many had not considered before.

“Many of the tasks employees are doing now were not imagined even weeks ago. People are becoming crisis managers, sanitation monitors and work-from-home coordinators. Meanwhile, workers in overrun government offices, hospitals, grocery stores, as well as those operating out of the public eye in supply chains, are having to find new ways of working that allow them to manage the onslaught of professional responsibilities they now face.”