The Mindset for Negotiations in Business

For the past few months a good friend from law school, Emily, has been searching for a new job. She was offered a position as General Counsel with a small but growing marketing firm but nearly declined because the salary offered was quite a bit lower than her stated salary requirements. Instead, she shared that she would like to take the job but needed a salary that was 50% more than what they were offering. The company countered with another offer that still fell short and Emily was hesitant to accept it. Seeing her hesitance, the company increased its counteroffer and gave her a better job title—General Counsel and Senior Advisor. As a result, Emily happily accepted.

We all negotiate from time to time, whether we’re buying a new car or persuading a toddler to eat her vegetables with the promise of dessert. In fact, the United States’ criminal justice system functions more or less efficiently because of the negotiations system we call plea bargaining. Were plea bargaining to end, the justice system would grind to a halt, overwhelmed by the sheer volume of cases brought to trial. Those attorneys unwilling to negotiate and compromise from time to time risk their reputations preceding them. Similarly, approaching business with a negotiations mindset is important for a successful career.

A negotiation is a discussion undertaken with the aim of reaching an agreement. The Latin verb negotiari, from which “negotiate” is derived, originated in the business context, meaning ‘to carry on business’ or ‘act as a banker.’ The 15th century Old French word negociacion has a similar meaning: ‘business’ or ‘trade.’ Though it is not often thought of in this way, negotiation is a means of conflict resolution, bringing two sides together through a mutually agreed-upon solution. It is a process which is both collaborative and competitive.

Negotiation in the Workplace

While negotiation is an integral part of the job for many professions, it is a skill that can be used in any workplace with both employers and coworkers. Consider the following scenarios.

Scenario: Imagine that five employees with similar jobs are assigned to a large project. Their team is given the parameters for their portion of the project, but no further instruction. Amongst themselves, they must negotiate to equitably divide the workload. Unfortunately, it is unlikely that such a division will be as easy as assigning each team member one-fifth of the workload. Two team members are already assigned to another project with an approaching deadline, which means the initial workload may be unevenly distributed. Midway through the project, one person experiences a family emergency and takes a temporary leave of absence. The remaining four must then negotiate to redistribute his responsibilities. The group must then negotiate with their management team to extend the project deadline, given their team member’s absence. In a dynamic environment such as a large workplace, the need for negotiation is ever-present.

Scenario. An employee may want to negotiate with an employer for an extended time away from work or an improved severance package. She may want to use her negotiation skills to resolve interpersonal difficulties with coworkers or change a deadline with her boss. Negotiation can be used in many scenarios.

Racial and Gender Bias in Negotiations

Another dimension affecting negotiations is the role of ethnicity/race, language, and gender, among other social identities. Often, racial and gender bias can prevent women and people of color from even stepping up to the negotiating table. In a 2015 study involving over 6,500 university professors, faculty were contacted by fictional students seeking research opportunities. The study’s authors found that White males received significantly more responses than all other categories of students. Without responses from the professors, women and people of color were denied the opportunity to negotiate at a significantly higher rate than their White male counterparts.

A recent study of 4,600 randomly selected employees in workplaces across Australia examined the frequency and success of salary negotiations for women as compared to men. Controlling for other factors, the authors found that women requested raises as often as men, but were successful only 15% of the time, compared to a 20% success rate for men.

Bias and Equity in Negotiations

Most employers will say they want to hire the best candidate for a position. Yet, the studies cited above demonstrate that whenever negotiations occur, bias is a factor in the decision-making process. The hiring manager may prefer candidate X because of where he went to school, or may underestimate candidate Y because she previously worked for a competitor. The diversity and inclusion literature provides many examples of the role of implicit bias, stereotyping, and “presumed” competence or incompetence based on individuals’ social identities. Thus, it behooves employers to prepare hiring managers to recognize and manage their biases with the important hiring responsibilities they exercise.

Advantages and Disadvantages of Workplace Negotiation

Many advantages to workplace negotiation, including increased pay and benefits, equitable distribution of job tasks, and conflict resolution, have already been outlined above. Additionally, negotiation is a voluntary, cost-effective and private (negotiations don’t involve a third party mediator) means of conflict resolution. Like all conflict resolution techniques, however, negotiation has downsides. Without a neutral third party to mediate, participants in a negotiation risk being overrun or taken advantage of by a stronger or more skilled negotiator. Individuals who overzealously attempt to apply their workplace negotiation skills to every task and deadline they are given risk being labeled as quarrelsome rather than being admired for their skill. Herein gender and ethnic/racial bias may affect perception. A woman who want to give voice to her rights and position, may be perceived negatively and as “angry”. Persons of color who self-advocate often are also seen as demanding. Negotiations are not bias-free.

Those who approach the negotiations table without giving a thought to compromise may find that the negotiations process is often ineffective. Of course, negotiations sometimes fail to produce an agreement, leaving the parties to walk away empty-handed, their issues unresolved. The parties must then find an alternative, and potentially more costly method of conflict resolution. Please share your experiences. 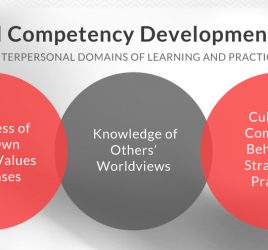