Women Working In the Shadows and the Coronavirus Threat

This blog was drafted about two weeks ago, following International Women’s Day 2020. In the interim, the global and domestic threat of coronavirus and its effects has become the daily headline with uncertainty looming in many sectors of the workforce. Considering that many of the lowest-paid employees in the service sector are further threatened with job loss, we decided to still post the blog on Women Working in the Shadows, highlighting the lived reality of many mothers, daughters, sisters, and friends.

Quite often, articles in peer-reviewed journals as well as in the contemporary press report on issues facing women in professional work settings. Academic journals often  report on sexual harassment and microaggressions in the college context, generally focusing on students from different intersecting backgrounds. Fortunately, these studies and reports in the mainstream press continue to raise our awareness of discrimination, bullying, and other sexist behaviors that disadvantage women. In 2017, the #MeToo hashtag captured the stories of celebrities who have been victimized by the power of studio directors and filmmakers throughout their careers. However, the #MeToo Movement was actually founded in 2006 by Tarana Burke, a civil rights activist. Her focus was on service workers, especially women who were underpaid and victims of frequent sexual abuse. This month, AAG would like to call attention to the women who work in the shadows, those who receive little recognition for their contribution to the U.S. economy.

Hotel workers, maids, cleaners in office buildings, childcare workers, and women in the agricultural industry are among the lowest paid workers in the United States. Ironically, their work benefits not only their families, but also the majority of Americans who buy fresh foods, stay at hotels, work in clean offices, or take their children to childcare facilities. In short, the public as a whole relies on their labor. Yet they are often the overlooked and denigrated workers, those whose work is deemed to have little value because it is classified as unskilled labor. As a whole, this section of the workforce consists of women who are underpaid, less educated, primarily of ethnic minority backgrounds, and who are frequently undocumented immigrants. Complicit in this system are the employers who hire workers they know to be undocumented or even trafficked into the workplace. Due to both their jobs and their personal circumstances, most of this workforce is left with little pathway for self-improvement or advancement.

In the United States, 89% of hotel maids and housekeepers are women and 49.2% are Latinx. Asians make up 4.1% of this workforce, while African Americans are 17.4%. As mentioned above, the great majority of these employees are ethnic minorities. Most notably, Latinas are strongly overrepresented in this section of the workforce (Latinx account for 17% of the general population of the United States and approximately 50% are women).

Unfortunately, the very personal nature of hotel housekeeping – entering into and cleaning the bedrooms of hotel guests – makes this an industry that is rife with sexual harassment and assault. According to a 2016 Seattle Weekly article, housekeeping and room service staff are routinely harassed. One of the women interviewed for the article recounted the degradation to which she and her coworkers have been subjected, including having men masturbate in front of them, asking them for condoms, and physically assaulting them. Often, when hotel employees report the harassment and assaults they’ve suffered to their employers, the employer will side with the customer, at the expense of protecting the employee.

Of course, this harassment can often come from the employers and supervisors themselves, not just guests. In fact, low-wage workers, such as hotel housekeepers, are often harassed by their immediate supervisors. In 2014, the National Women’s Law Center (NWLC) published a report detailing the difficulties that low-wage workers face when attempting to seek legal recourse or compensation from their employers for harms they have suffered. In addition to the systemic barriers they face, a recent Supreme Court decision, Vance vs. Ball State University, 570 U.S. 421 (2013), has made it extremely difficult for low-wage workers to prove workplace harassment by a supervisor under the law. This has created what the NWLC describes as a “mismatch. . . created between the law and the reality of the workplace.”  The NWLC report concludes that, “After five decades of federal prohibitions against sex discrimination, the continued prevalence of sexual harassment is a testament to the inequality that still plagues our nation’s workplaces. The Supreme Court’s decision in Vance leaves workers who experience sexual harassment at the hands of lower-level supervisors unequal and without adequate protections. And many of those put at greater risk and left with fewer remedies are women working in low-wage jobs. There is no dispute that lower-level supervisors’ ability to harass their subordinates is firmly rooted in the power given to them by their employers.”

The Polaris Project, an anti-trafficking organization, studies an even darker side of the hotel housekeeping industry: human trafficking. An “invisible” occupation such as hotel housekeeping makes it attractive to traffickers, particularly those who bring in workers on temporary visas and contract with hotels. In a heartbreaking story published in The Atlantic, a former hotel housekeeper named Racida recounts her experience as a hotel housekeeper in forced labor. Though she was recruited by an agency and came to the United States on a temporary work visa to work for a Holiday Inn hotel in Florida, the recruitment agency was in fact a trafficking organization.  In their report, “Labor Trafficking in the U.S.: A Closer Look at Temporary Work Visas,” the Polaris project details numerous instances of human trafficking in the hotel industry. The report notes that, “The more removed or tenuous an employment relationship is, the more vulnerable workers are to abuse, including debt bondage, threats, and other severe labor violations.” Instead, Polaris recommends that businesses “adopt policies to directly hire employees whenever possible,” thereby reducing the possibility that they are hiring trafficked workers.

What are the take-aways from this brief blog? First, as hotel guests, we need to view these women who clean our rooms  with respect. Our classist thinking may kick in but let us make certain it does not lead to disrespectful behavior. These are women with skill sets many of us do not have and the majority of hotel workers I have spoken with are kind and considerate. A hotel without housekeepers could not stay in business but in the midst of the coronavirus threat, these women are being dismissed. Their vulnerability is acute but as we return to normalcy before long, remember that hotel workers are contributors to the U.S. economy. 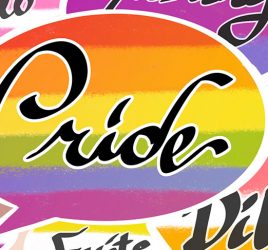 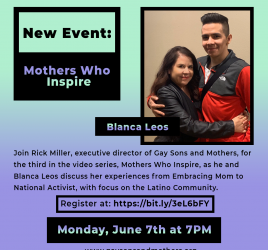