The Dynamics of Invisibility 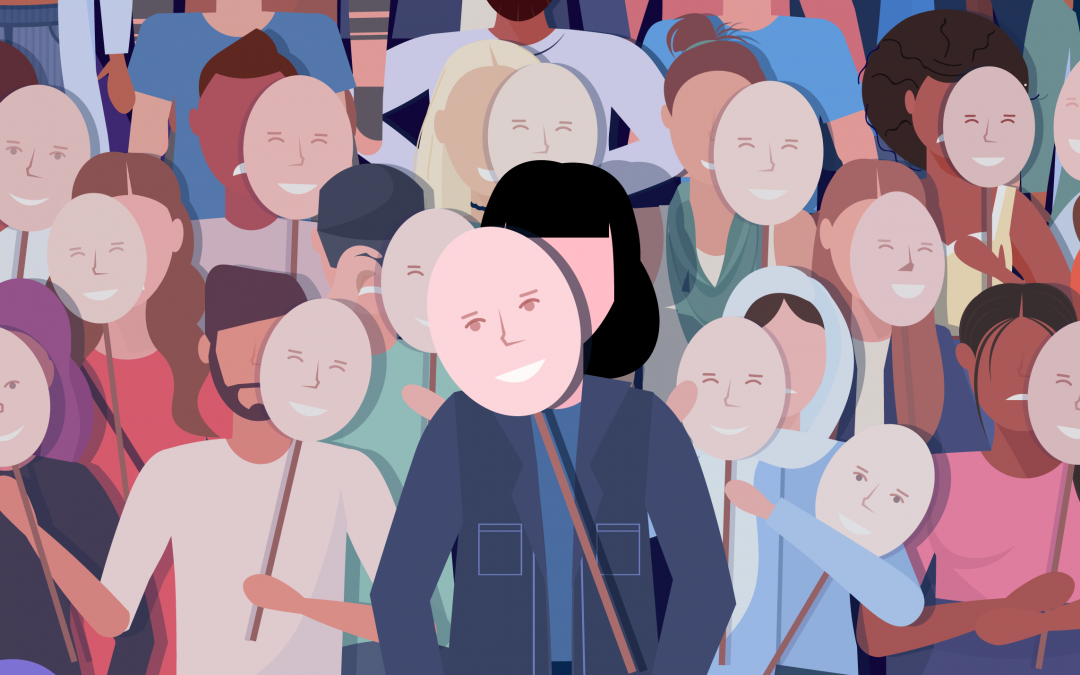 May is  Asian American Heritage month—a month of reflecting on what it means to be Asian and American. I became an Asian when I arrived in America as an international student. Prior to that point, I was just me, a Chinese-Thai woman, a daughter of Chinese immigrants, living in a homogenous country among friends from similar cultural and socio-economic backgrounds. After I married an American man, I fully became an immigrant and a green card holder. Throughout the different changes in statuses my cultural identity, race, class, and gender among other things intersected in various ways. Most importantly, I learned about the complexities of being an Asian and an American.

I have drifted in and out of visibility throughout my 30 years in this country. Most of the times, everything about me is visible from my physical appearance, my strong accent, and my presence when diversity is needed.  In college, I learned for the first time about stereotype traits about Asians and model minorities. People asked me to tutor them in math. I was not that great in math, but I was told over and over about how I should be. When I was an international student, most of my peers assumed I was “one of those rich Asians.”  Interestingly, when I began to work as a professional, my colleagues and others with whom I met often asked, “How did you get your visa?”  That was when I realized that I was slowly crossing from being a rich foreigner to becoming part of the American’s racial hierarchy. This is when I was no longer perceived as a rich international student but an immigrant hoping to cash in on the American dream.

Despite the obvious visible characteristics people can see and hear from me, I feel invisible or treated as “an invisible” in spaces I least expected—higher education. At several institutions where I worked and was among one of a few Asian women in leadership positions, my accent and imperfect English signal incompetency. It also  implies that as I am a forever foreigner who could never fully understand the racial dynamics in America. I have been dismissed for my ability to write despite having written an over 500 page dissertation that was nominated for an award. In meetings, people talk over me. Despite my educational training and work experiences, I am not asked to contribute or consulted in projects relating to my expertise.

In higher education spaces it is uncommon to meet other Asian women in high-ranking positions, to find a mentor, or an ally. My point is I wish I had only one month to drift in and out of being visible instead of a lifetime. At work as I was puzzling about how I am not being taken seriously, a colleague mentioned the other day, “people talk over you because you are a woman, Asian, and funny, “ all of the which are true and what I love about being me.

What I am trying to get across here is that being invisible is not monolithic. Identity is complex and multifaceted. Sometimes these facets intersect and other times they get socially constructed as a dichotomy, like being an Asian, a woman, and an American. Stereotypes affect us even when we laugh it off. We internalize those incidents and they turn into messages that shape who we are and how we see ourselves, and how we walk the world. Most importantly, they fatigue us by forcing us to focus most of our energy solving an unsolvable equation of “X” being the things we cannot change and “Y” being the recipients of biases imposed on us leading to unpredictable possibilities of outcomes, often not within our control.

The dynamics of invisibility/visibility are a double-edged sword for Asian American women in the workplace. Leaders need to notice the contributions that may be lost.